Eurasian Collared Doves in BC?

This area is for general discussion on Birds and Birding.
Reply

Does anyone know the status of this bird, how it may be expanding into BC?

By revs -  Apr 08 9:36 am
-  Apr 08 9:36 am #19292
EC doves are becoming a lot more frequent in the Boundary Bay area although there has been some question as to whether or not they are escapees or actual migrants.
Paul Kusmin
http://punkbirdr.photo
http://www.flickr.com/photos/revs45
http://45revs.blogspot.com
https://www.instagram.com/punkbirdr

By Kakapo -  Apr 08 12:23 pm
-  Apr 08 12:23 pm #19293
I live in Kamloops and we had Eurasian Collared Doves for the first time on our Christmas bird count this year. There has been sightings around town and in outlining areas recently.

On the coast, they have been found breeding on the east coast of Vancouver island, the Sunshine Coast, and the Lower Mainland in small numbers.

In the interior, they have been nesting in the Cawston area for years, and have recently expanded into the Okanagan Valley. I found a nest near the Kamloops airport last spring.

It's well established that many of these birds are the results of accidental or intentional releases by aviculturists. Virtually all of the "hotspots" on Vancouver Island, and some of the ones on the mainland and the interior, have been traced back to releases. However, it's also apparent that the species in general is expanding on it's own, and many of the birds in BC probably did get here on their own.

By Joseph00Ward -  Apr 12 3:34 am
-  Apr 12 3:34 am #19349
There's a theory saying that a pet store owner in the Bahamas had ordered ringed turtle doves for his business, and that all or some of the birds were collared doves," then "For whatever the reason, those birds were released into the wild.
they arrived in Florida from the Bahamas in 1980, and they have now spread into New England ... and west to Washington state and British Columbia. And they're turning up everywhere in between.
Don't know if it's true or not, but some experts said that their population might be a threat for the population of mourning doves.
TV Repairs | Send Fax and Receive Online

By grace3451 -  Jun 24 6:28 pm
-  Jun 24 6:28 pm #49008
Have been very curious about the bird I have been hearing and sometimes seeing around my house for past two weeks. I figured it was some kind of dove. coo COO coo, coo COO coo. I believe it is an Eurasian Collared Dove and he/she seems to be alone. Is it normal for this kind of bird to be alone? At first I thought maybe it had escaped from someone's home and was lonely or at least was calling for some friends. I have never seen this kind of bird in my area of Richmond before. 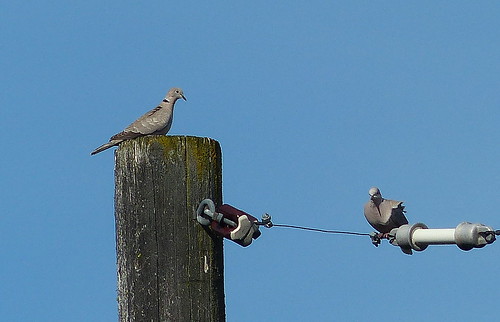 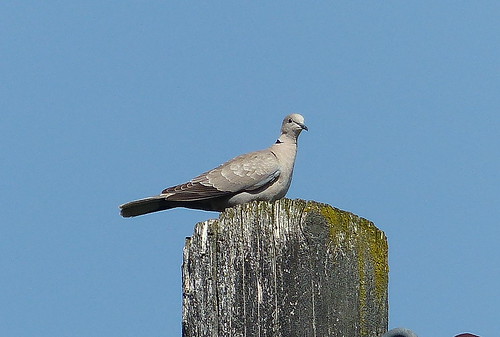 If on Ebird you compare 2010 with 2014 you can see they are many more reports of them, particularly in the interior and north

By Hoss -  Jun 30 7:57 am
-  Jun 30 7:57 am #49165
They're all over southern Vancouver Island, what shocked me most was finding some in the town of Manning Alberta which is far north. All my guides show their range creeping into Southern Canada but I found 4 very healthy looking individuals in Northern Alberta.