This Osprey was going for a fishing record!

This forum is for posting your best bird photos and videos. Although the site is focused on BC Birding, topics here and photo postings can include birds from around the globe. As well, provide a link to your photo galleries.
Reply

This Osprey was going for a fishing record!#88994

By stumblingpiper -  May 31 1:12 pm
-  May 31 1:12 pm #88994
I was over at Munson Pond in Kelowna trying to photograph a few warblers when I heard this loud splashing noise behind me -- thinking it was a duck landing I turned around and was surprised to see an Osprey sitting in the water. After about three seconds, it took off holding this large fish. Like a plane that was too heavy, it started flying in a circle around the lake trying to get altitude ... it flew two circles and landed in a tree. Here's a series of three photos I was able to capture as it circled.
(I didn't realize there was a red-winged blackbird following the circle until I looked at the pictures later).

Here it's beginning to get some height! 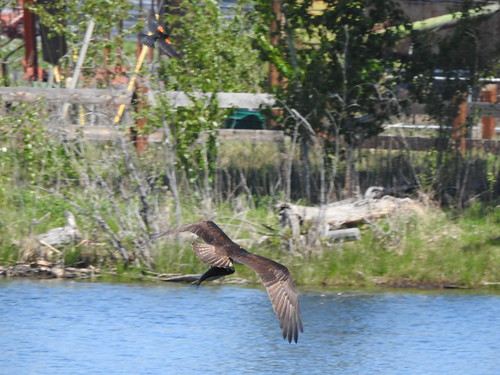 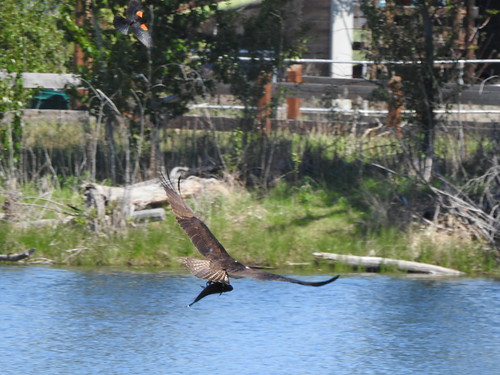 The blackbird is still in sight. 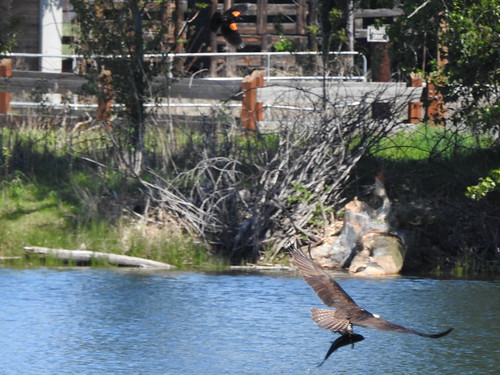 When it finally landed I think it was a little dazed. haha. The look on the fish's face is classic. It's like, "Uh Oh ... I'm not supposed to be here." The fish is huge compared to the Osprey. 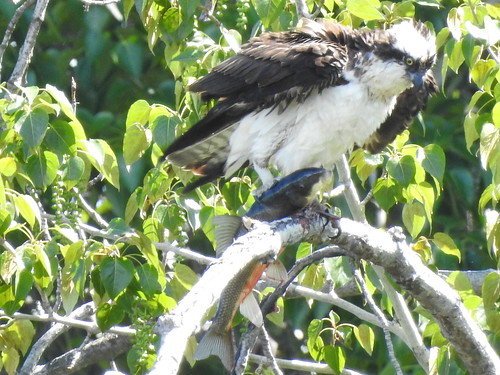 The first one looks like a female or immature finc[…]