This forum is for posting your best bird photos and videos. Although the site is focused on BC Birding, topics here and photo postings can include birds from around the globe. As well, provide a link to your photo galleries.
Reply

By stumblingpiper -  Jul 09 2:13 pm
-  Jul 09 2:13 pm #89082
July 9, 2019. Went out to see if I could add to our bird totals for the year. Decided to drive up Beaver Lake Road in Lake Country. Left relatively early and made it there around 0730. Although I didn't add any new birds, I started out with a bang ... just as the road starts going up past the industrial section of town I spied this Kestrel sitting on a wire ... he had a few Starling friends joining him. 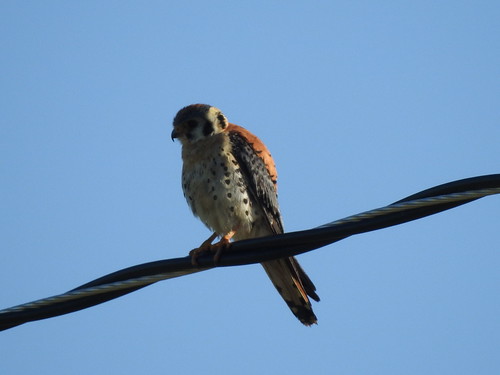 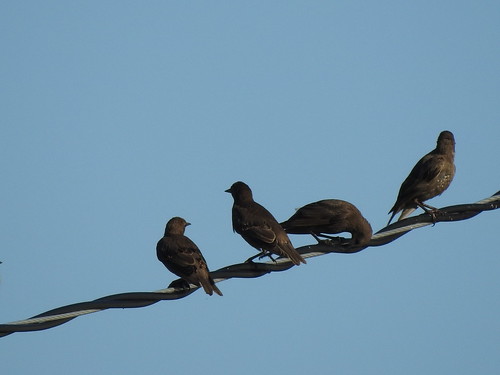 European Starlings
About another kilometer up the road I stopped on the right -- first pullout by some very large trees. This was a productive location. At this point and just slightly further up the road, I saw these different specimens: 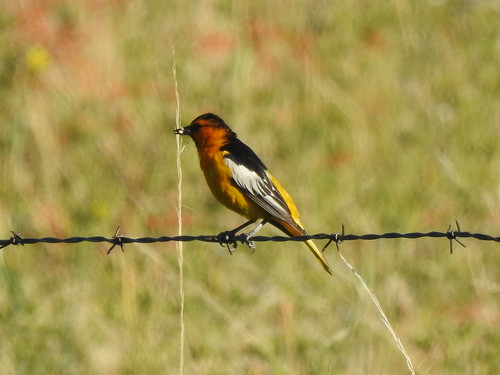 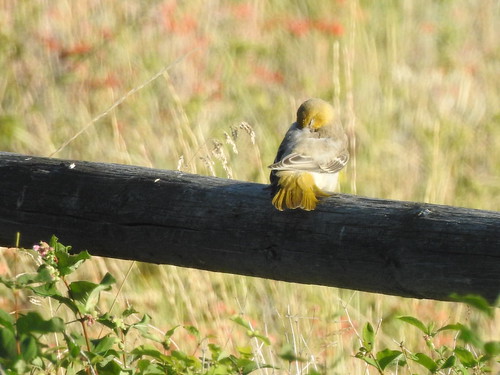 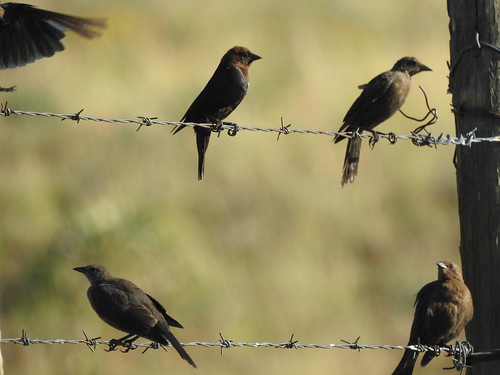 They were pretty busy with their young -- as in this photo, young were crying while the parents were hunting: 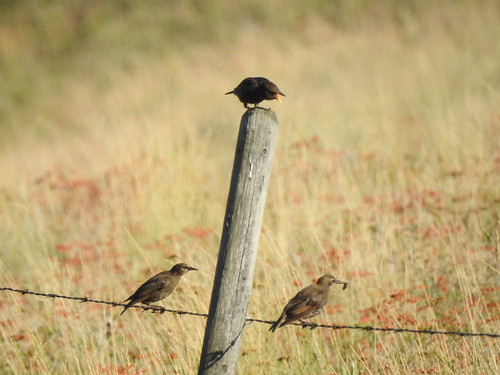 As I drove up the road through the "meadows" area I saw these lovelies: 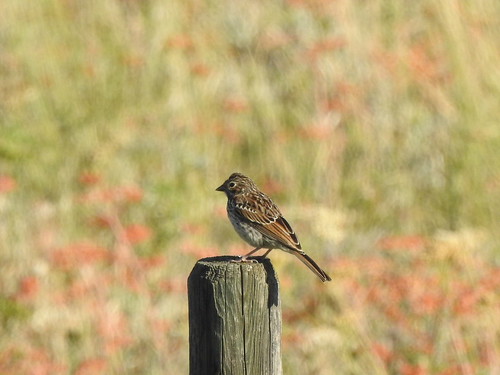 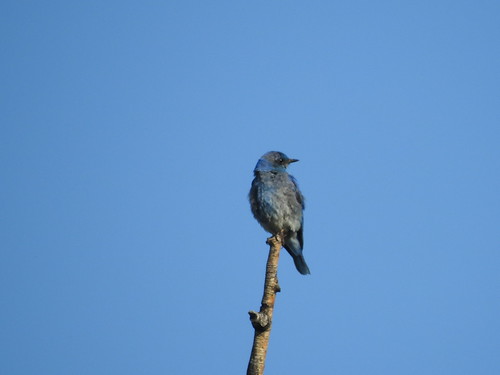 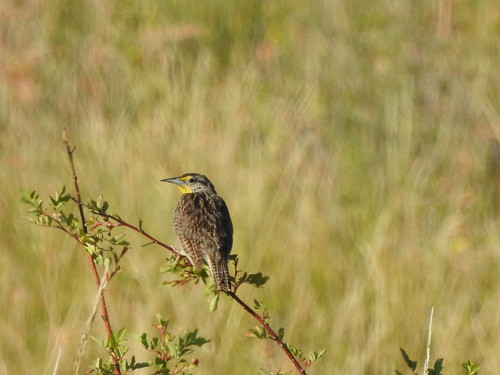 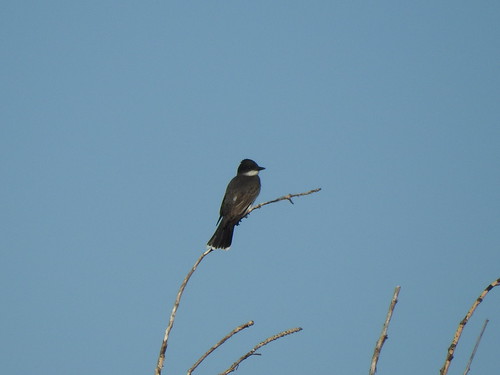 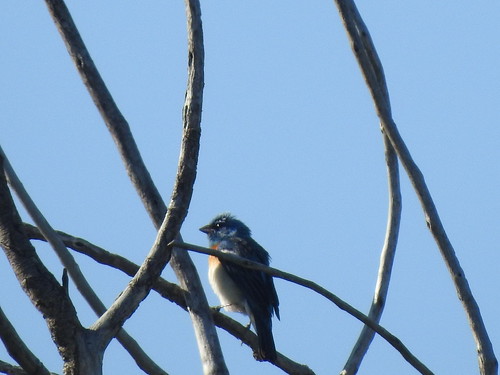 I decided to drive up the road to a little higher elevation--between kilometer markers 8 and 9 is a cattleguard. I pulled over just past this area on the right. I had seen some sapsuckers/woodpeckers here last year and thought I would give it a try. I saw a Pileated Woodpecker low in the trees but couldn't get a picture. Pretty sure I saw a three-toed woodpecker but couldn't snap the shot of that one either. However, I did get this guy: 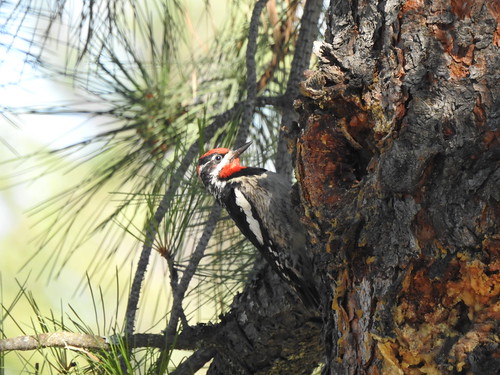 Saw a red-breasted nuthatch here as well as pine siskin. Song Sparrow and Chipping Sparrow hanging out in the area. I thought I saw a larger bird low to the ground -- finally got a clear shot: 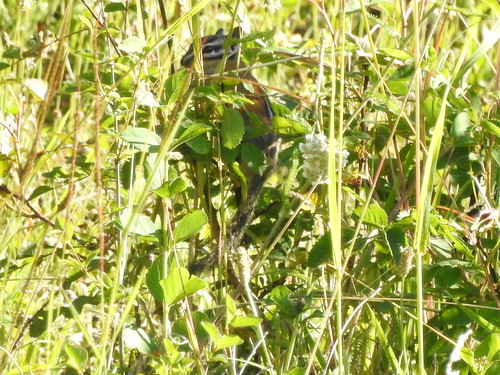 Finally, I drove up about another 3 kilometers to the High Rim Trail trailhead ... the sign is on the left near a forestry road. In the past, I've seen ruby-crowned and golden-crowned Kinglets here. Also Pine Siskin. Today, I saw these four guys: 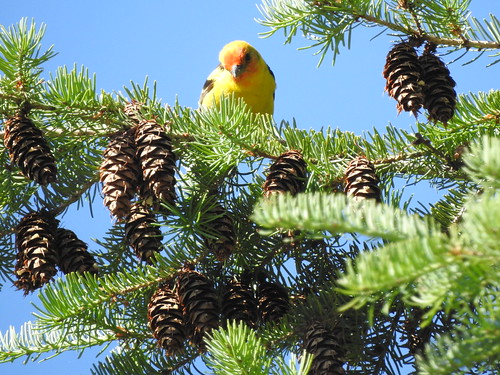 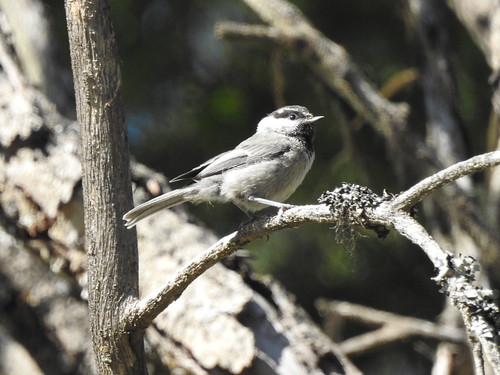 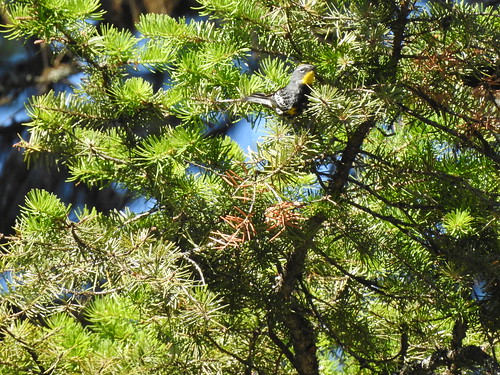 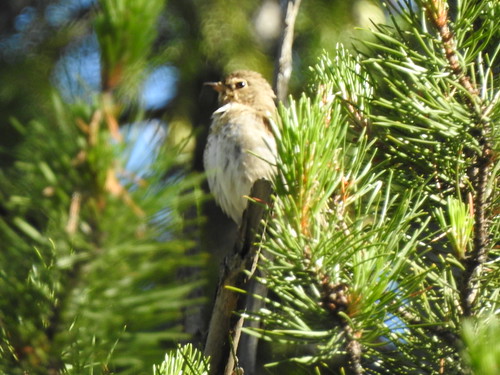 Swainson's Thrush (these guys are hard to capture ... really skittish!)

It was a pretty productive two and a half hours ... just over 25 bird species. Besides those listed above, i saw Turkey Vulture, Common Raven, Robin, Junco, and Western Bluebird. If you are in the area, it's always worth a drive up Beaver Lake Road.
James
James C
Professional Recreationalist

It should work now, sorry for the inconvenience. […]

John - WOW what fabulous pictures! I was out and […]

Many thanks! Female and juvenile birds appear to […]