By DennisM39 -  Apr 19 7:35 pm
-  Apr 19 7:35 pm #90501
I saw these 4 at Discovery Island (Victoria) last weekend. Can anyone help with identifying? The only seabird that I could find with a white collar is a red-breasted merganser male but the bill colour is wrong and there is no crest.
Thanks 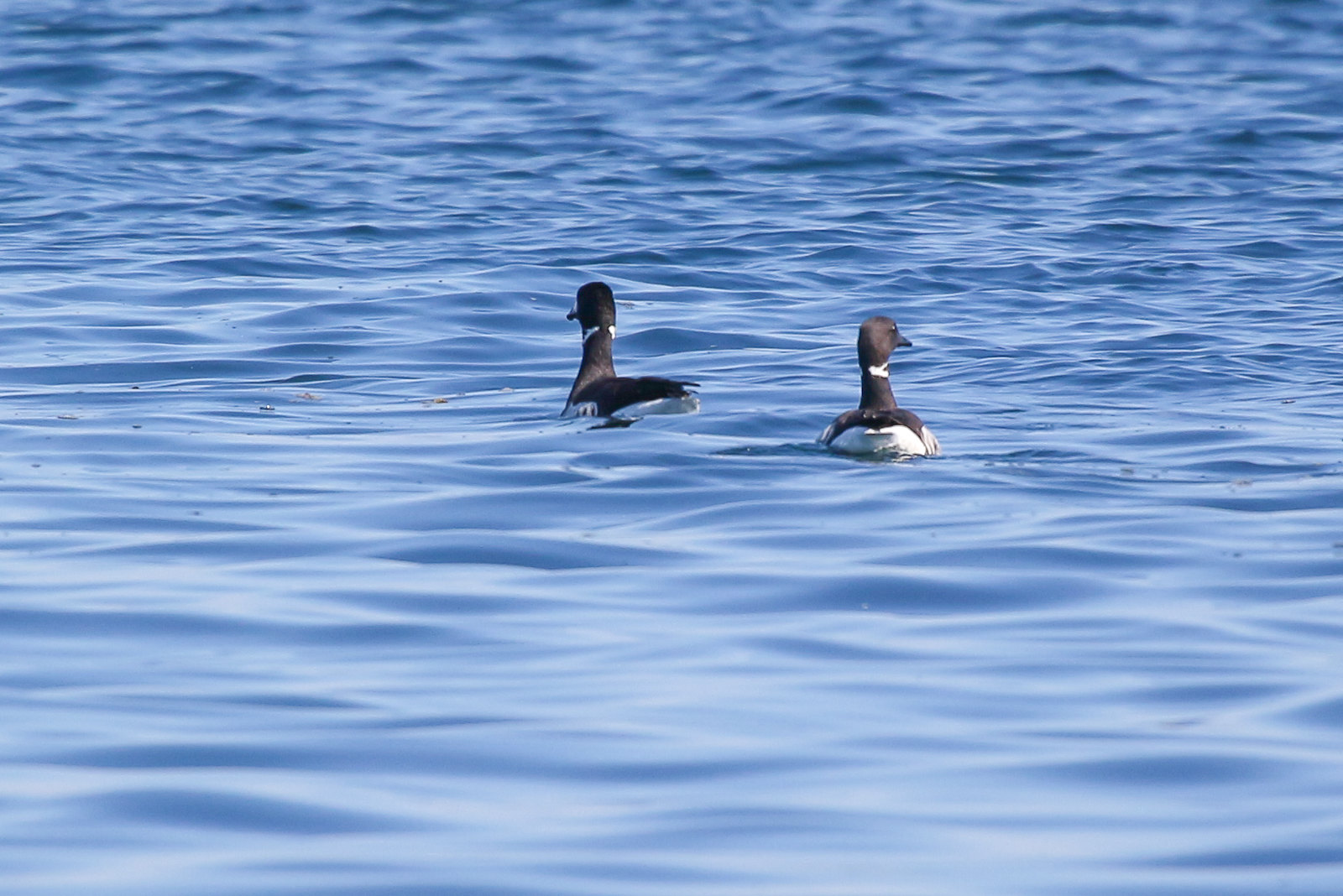 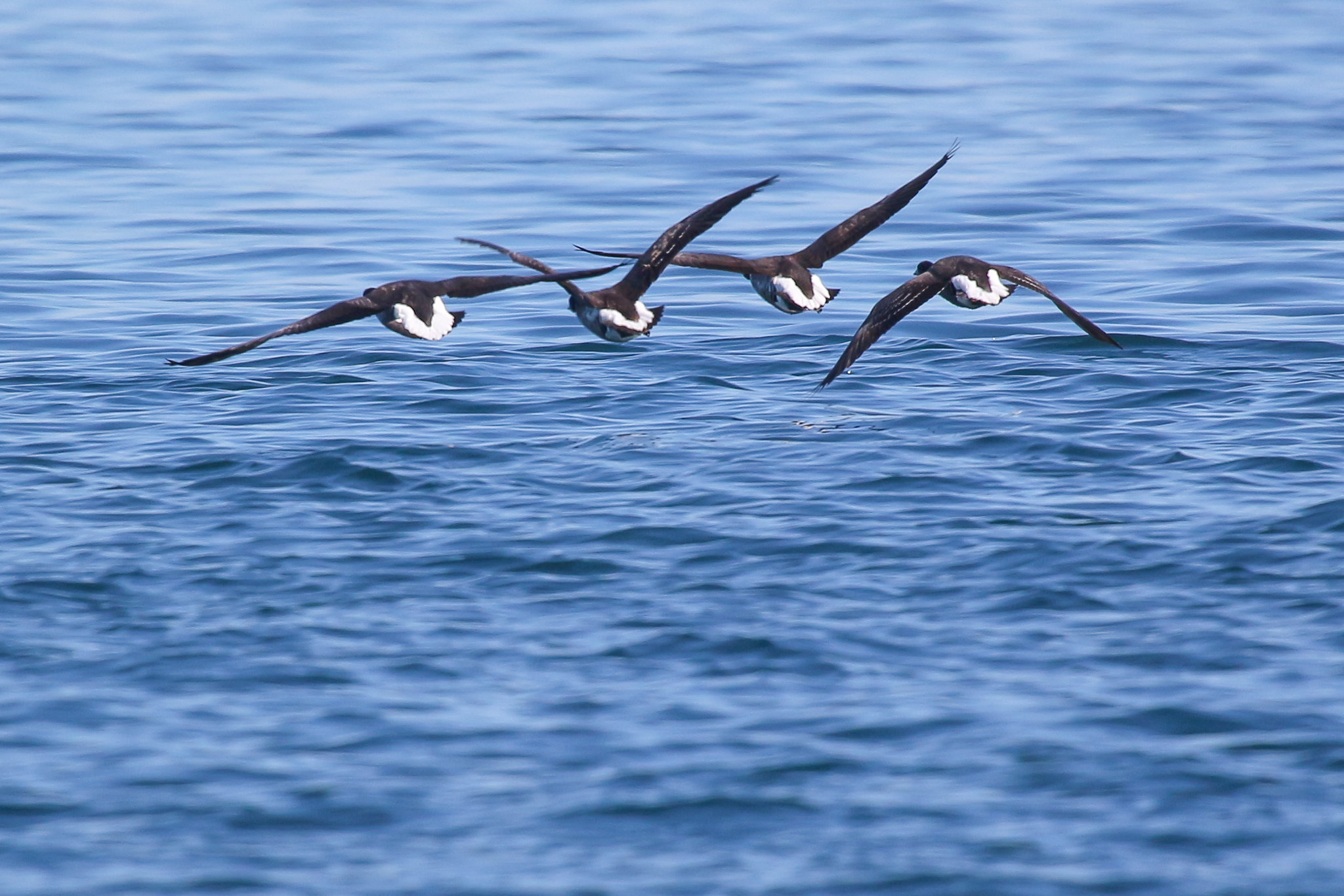 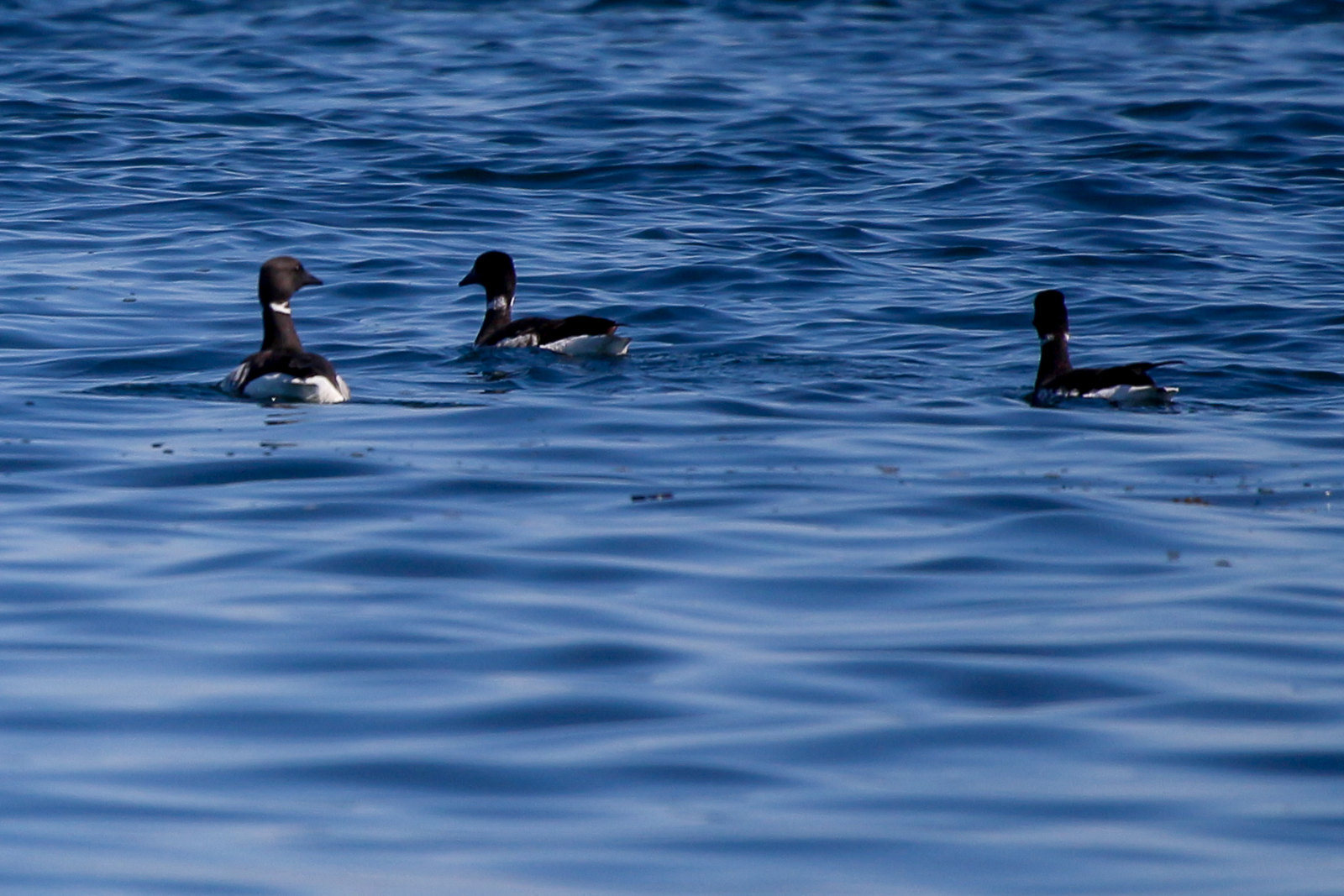 Brant have 3 subspecies and the common subspecies here is "Black Brant" that range up and down the west coast of North America, breeding in Alaska. A few stop-over around locations in Victoria during migration but much larger numbers are found in Parksville and around the shore of the Fraser delta/boundry bay and other locations in Puget sound. Some populations over-winter in these areas.

Hello folks, I am very new to birdwatching and re[…]