By KimDeLisle -  Jan 14 12:24 pm
-  Jan 14 12:24 pm #90039
This morning January 14, driving along Pt. Holmes near Comox, spotted a very large bird sitting on a post/log about 20 feet above shore line. Two mature eagles were standing on the rocky shore below. When first saw large bird, had the presence of a great blue heron but was stockier. I had to go park my car and walk back. As I was getting closer the large bird left his post and went to the rocky shore. He did not appear to be in attack mode but the two bald eagles left right away, ceding the territory to this larger bird. In the one picture on shore, the large bird seems rather scrunched up but you can kind of see his head and beak if zoom in. Brownish back with some white. When he flew away, there was no quick flapping of wings, more a glide ... and slow ... slow enough to take 3 quick photos with just my camera phone. Would love some help on this ... always believed bald eagle to be "king of the jungle" so to speak but they definitely appeared to give way to this guy on this occasion. 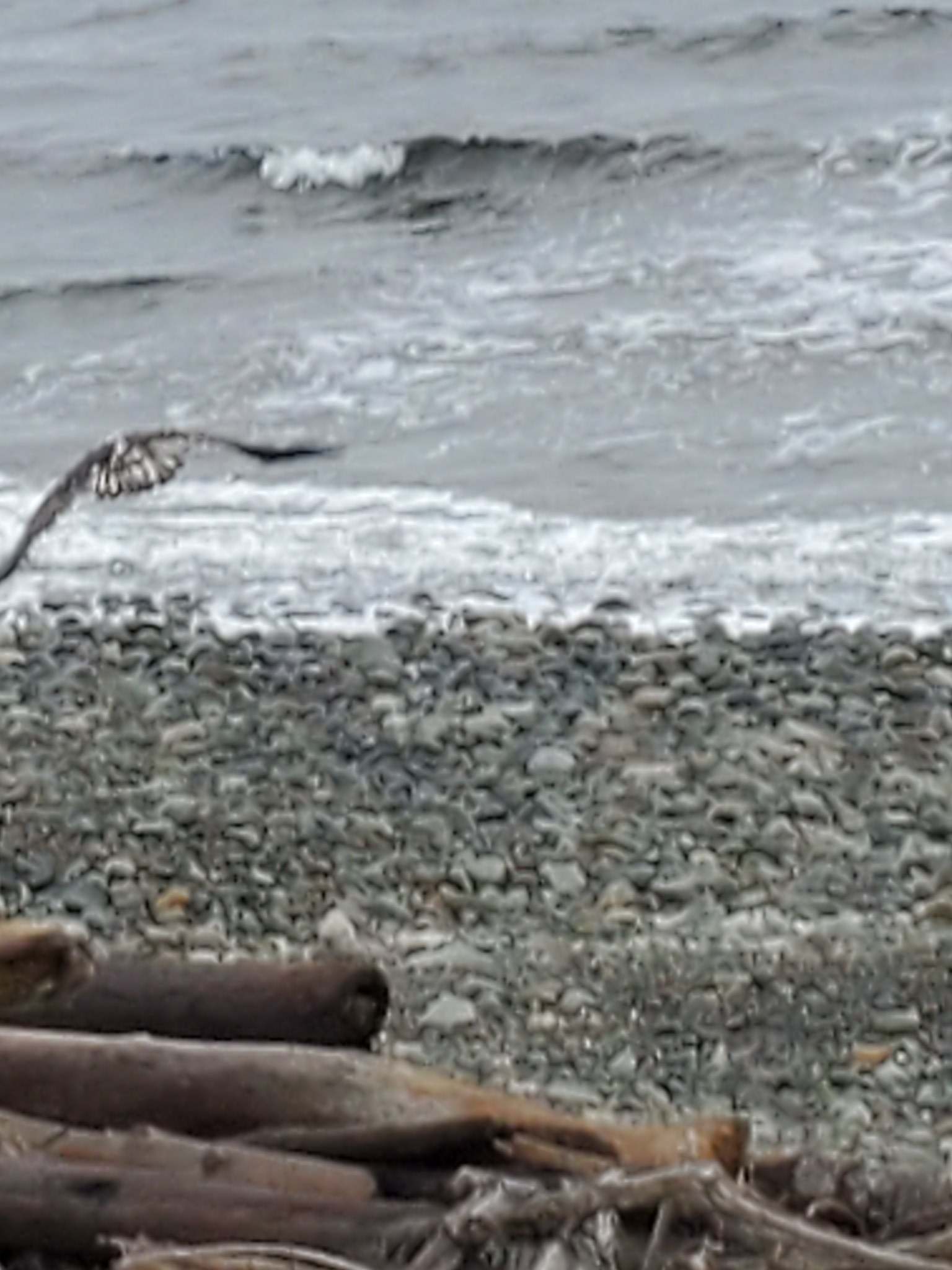 I concur. There looks like a 3rd or 4th year juvenile bald eagle.

I cant see them either

Well, your pictures are not showing up however bas[…]

I know we already have a beautiful picture of a fe[…]

Congrats on making the news! Saw you on TV this e[…]