By Fancy -  Apr 30 8:26 pm
-  Apr 30 8:26 pm #63532
I found a Mourning Dove this evening in Southlands, along the river trail at the end of Celtic. I had seen two Eurasian Collared-doves less than an hour earlier, but I could quickly tell just seeing this bird in flight that it was smaller and slimmer. It perched for a bit, and I got a few photos, before it took off across McCleery Golf Course. I saw it again a bit later, in the same area, and it took off again in the same direction. Rather skittish, but I could hear its wings, letting me know it was there.

I also found a few Wilson's Warblers among the numerous (50+) Orange-crowned Warblers, both Myrtle and Audubon's Yellow-rumped Warblers, and a single Vaux's Swift. No other warbler species, vireos, tanagers, grosbeaks, etc. 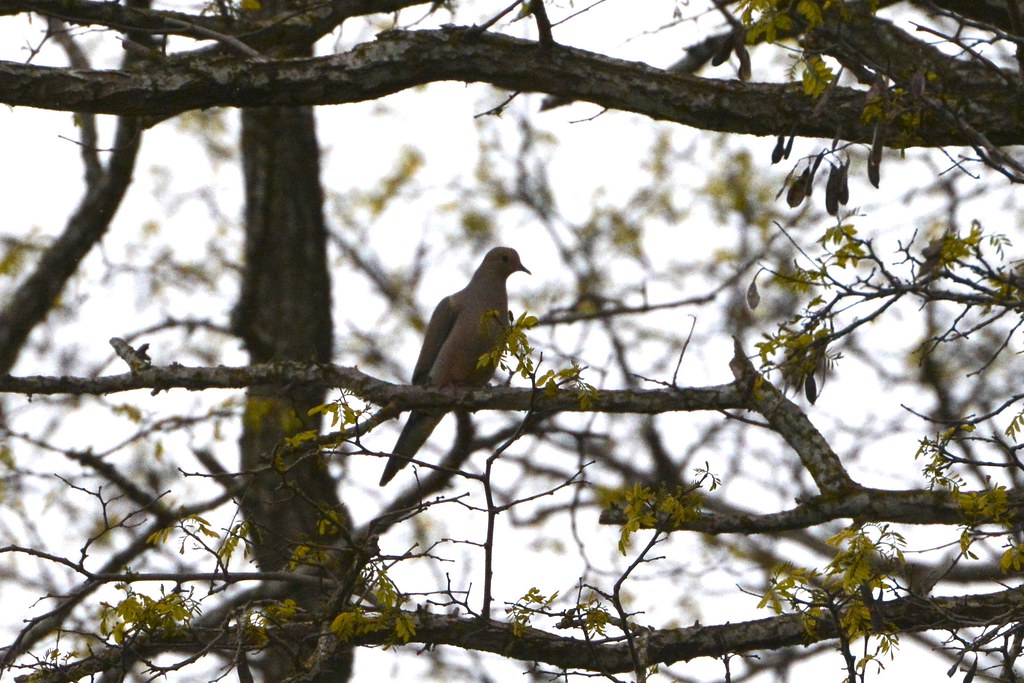 
Bridget (acting in as Mel as this one!

I have only seen Mourning Doves once so far this year!

I didn't check the same area for the Mourning, but I couldn't see it elsewhere, either. Did have a Sharp-shinned Hawk, two Cooper's Hawks, and lots of warblers - a few Orange-crowned, a Wilson's or two, and plenty of Yellow-rumped, with the Myrtle outnumbering the Audubon's. Also had a possible Warbling Vireo, but it was scared off by the Sharpie.
Bridget Spencer
Vancouver, BC

Here is a photo he got: By MarionTL -  May 22 10:38 am
-  May 22 10:38 am #89578
We had 2 pairs of mourning doves hanging around our Squamish back yard last year. Sadly, one of them was killed by a hawk. This year, we have not seen any mourning doves. But my husband has spotted a hawk or two in tall trees in our neighbourhood recently.

Tips for getting exam ready If you become self-app[…]

It should work now, sorry for the inconvenience. […]

John - WOW what fabulous pictures! I was out and […]