As far as the Barred Owl, we are keeping it! lol. If it had a rope around it's leg tied to the pole, that would be different. But it counts! Now I have to update our totals ... we are already at 21 birds!

stumblingpiper wrote: ↑
Jan 08 7:58 am
As far as the Barred Owl, we are keeping it! lol. If it had a rope around it's leg tied to the pole, that would be different. But it counts!

Ha, ha...well he does have a band on his leg from The Ministry of the Environment. In case he’s ever picked up again his case history can be traced.
I just thought that it may be cheating a little because when that picture was taken he had just catapulted out of the kennel and found the nearest perch, which was the fence right in front of me. He soon flew up to a nearby tree and stayed there until after dark.
I wonder what the resident pair thinks of this new arrival. They have been keeping a low profile lately but I’m told that since they have already claimed the area as their territory they will simply run him off if he tries to stay.
Thanks for keeping this yearly challenge going James. I really enjoy participating, and am hopeful that others will join in too.
~~~~~~~~~~~~~~~~~~~~~~~~~~~~~~~~~~~~~~~~~
Judy
https://www.flickr.com/photos/158167773@N04/

I’ve taken many pictures of this bird over the last couple of years, and they all look exactly like that. 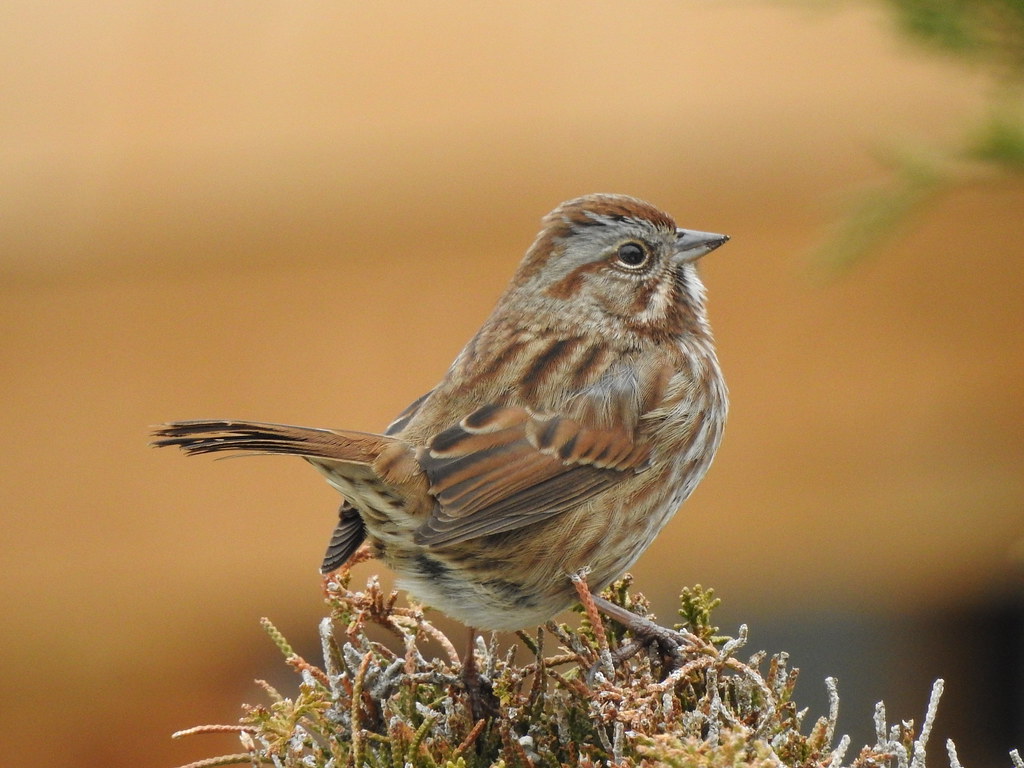 This House Sparrow and his mates have been a "regular" since late November until now -- I didn't have House Sparrows through the summer ... We'll see if they leave in the spring ... probably will be run off by the White-crowned Sparrows. haha. Here's a picture of him sitting at our (freshly sanitized) bird feeder! 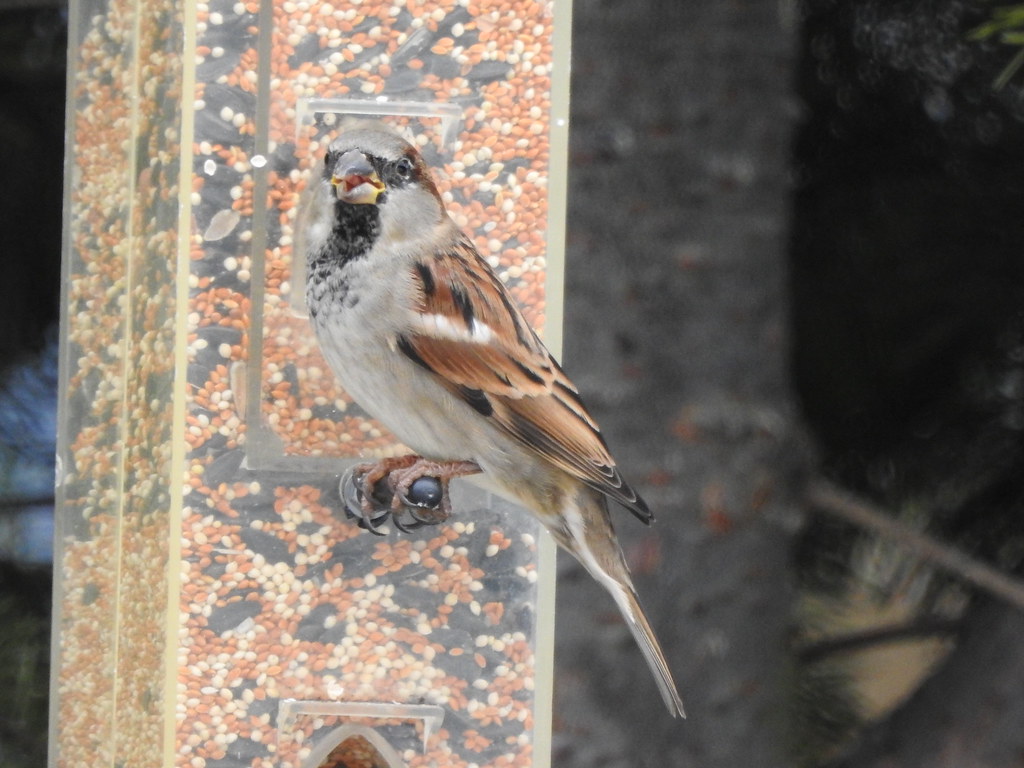 By BirdingBC -  Jan 09 2:22 pm
-  Jan 09 2:22 pm #90005
Had the time to enjoy a morning bike ride out to the Martidale Valley and came across this peregrine falcon sitting in a tree overlooking a feral field full of ducks. The bird did not stay put for long. Was challenged with lighting as this bird was backlit. 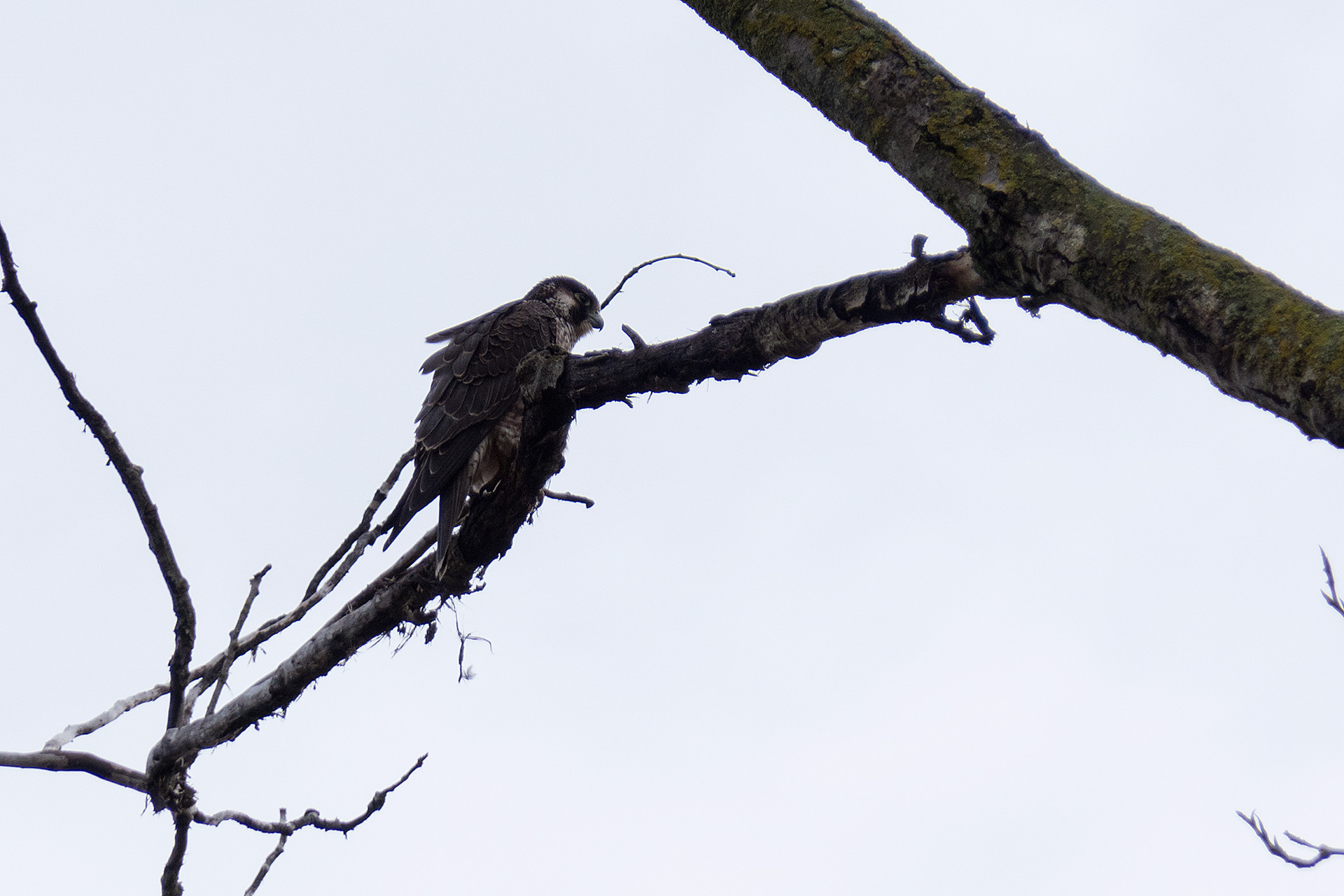 Second bird is the continuing Black Phoebe in Saanich, BC. 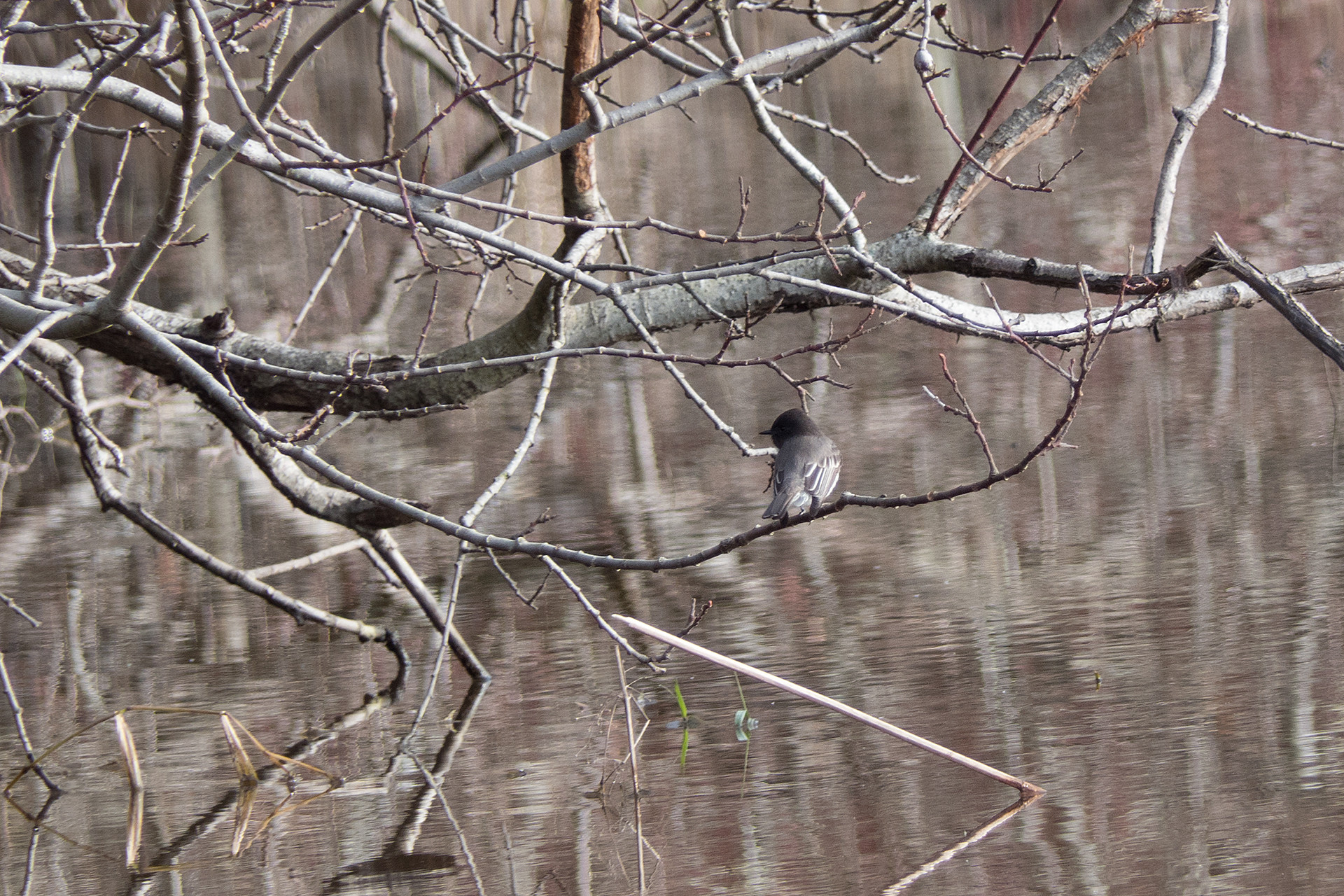 By stumblingpiper -  Jan 10 8:59 am
-  Jan 10 8:59 am #90006
Great Kevin! I'm glad you were able to photograph that Black Phoebe this year. These couple of rare/uncommon birds early will definitely help our numbers!
James C
Professional Recreationalist

By BirdingBC -  Jan 10 9:40 am
-  Jan 10 9:40 am #90007
Thanks James, I am hoping I can get the Rusty Blackbird and other rarities as they occur here in Victoria. In addition, I have a lot more potential photo contributions but focusing on the harder to get birds right now. I must say once I got into it, this challenge is quite fun.
Kevin Slagboom
Victoria, BC

Red-breasted Nuthatch in the front yard ... 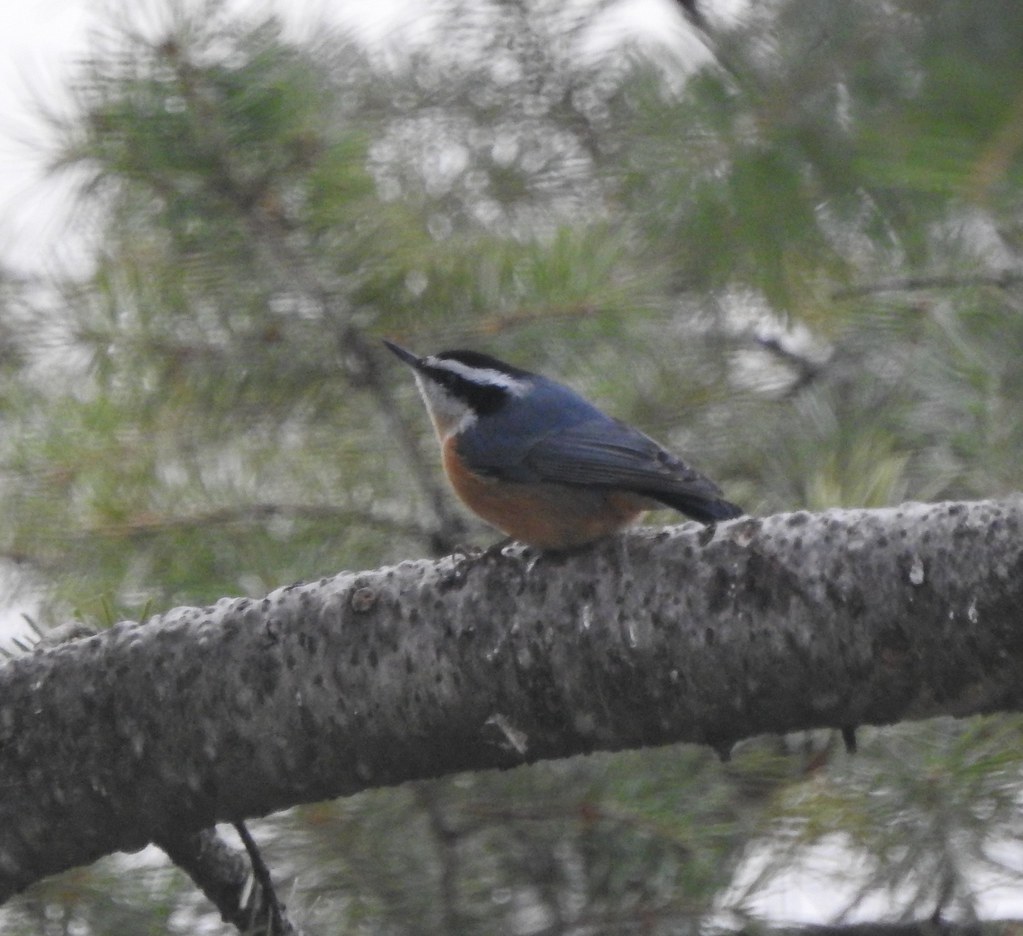 House finches in the backyard ... male/female for you Judy! 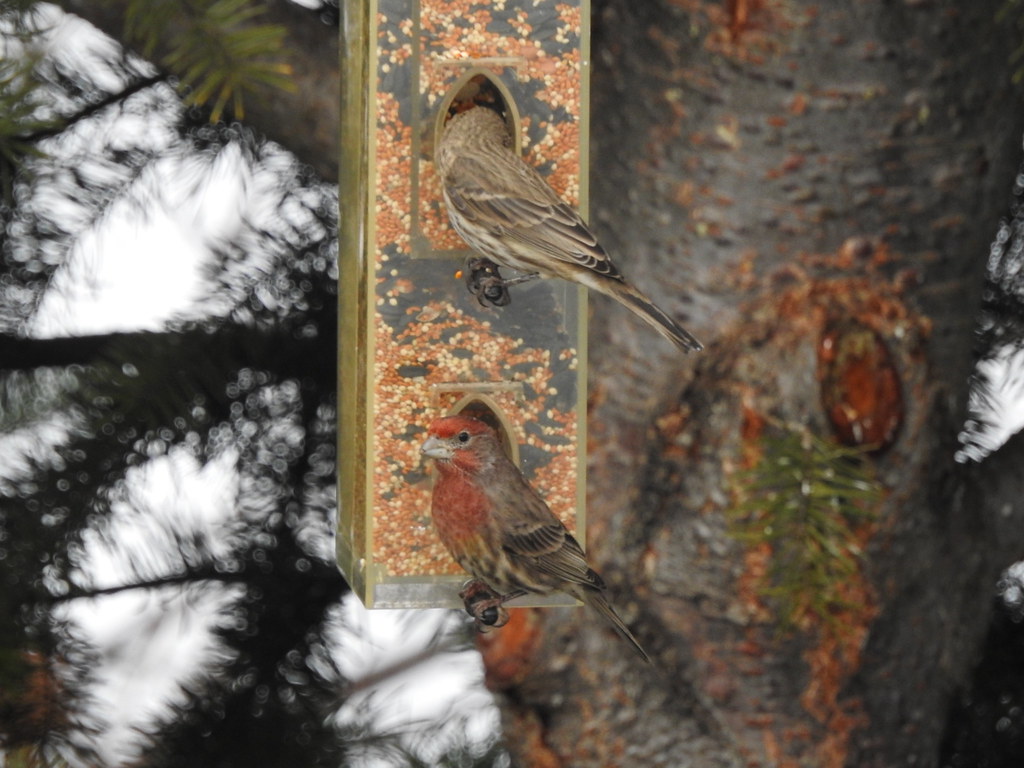 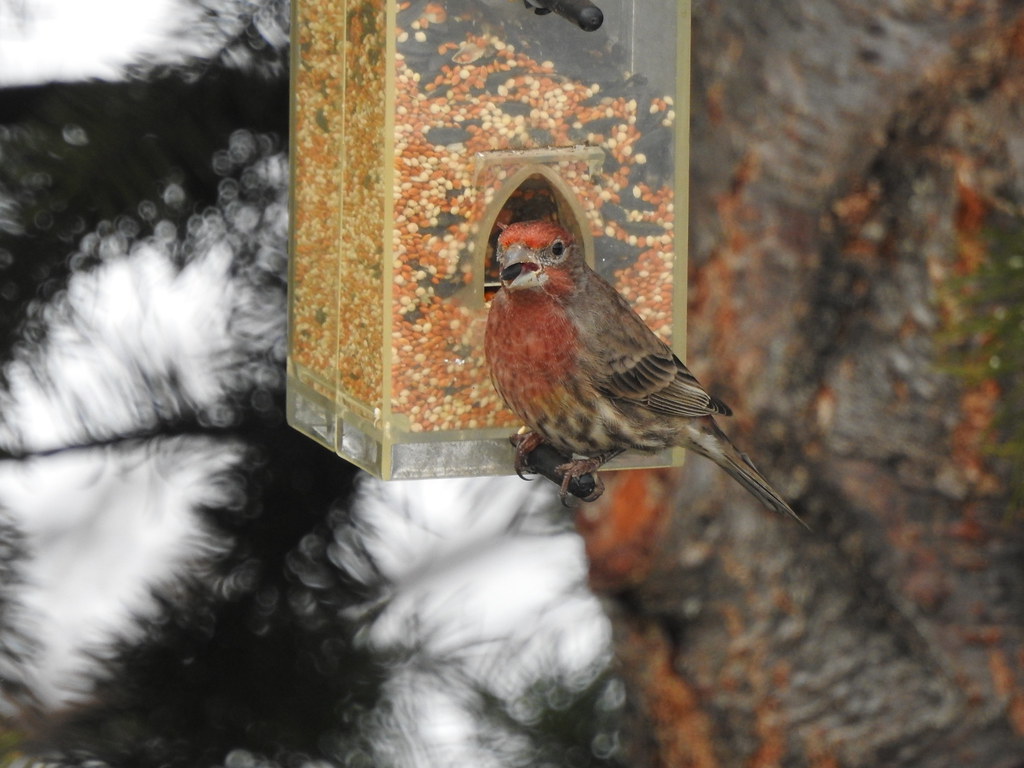 I was filling up my tank today and decided to check if the local California Scrub-Jay, who hangs around the gas station, was available. Yes!

stumblingpiper wrote:House finches in the backyard ... male/female for you Judy!

I was filling up my tank today and decided to check if the local California Scrub-Jay, who hangs around the gas station, was available. Yes! 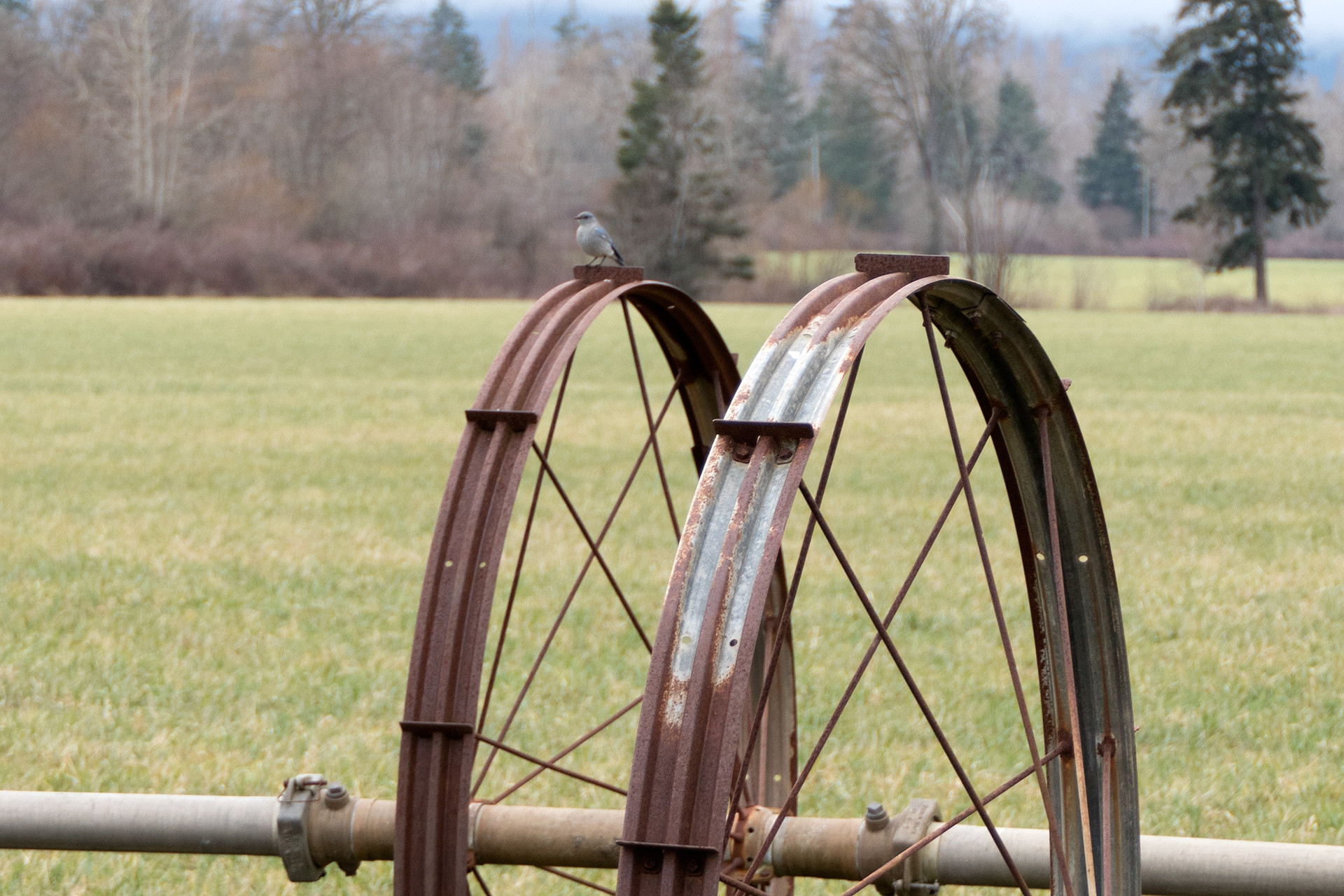 These bird did not stay put for long (male off frame). Could not get a closer shot. 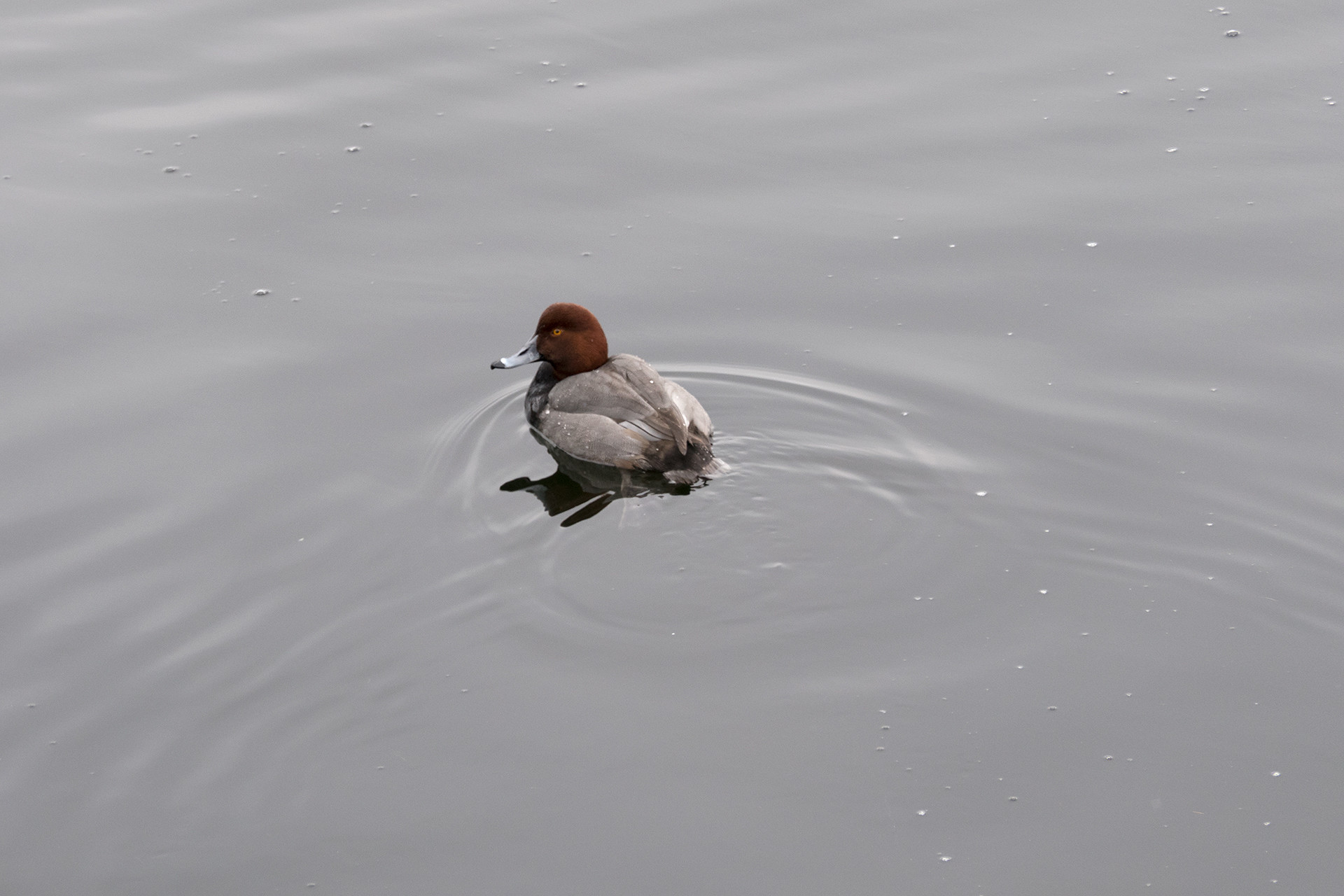 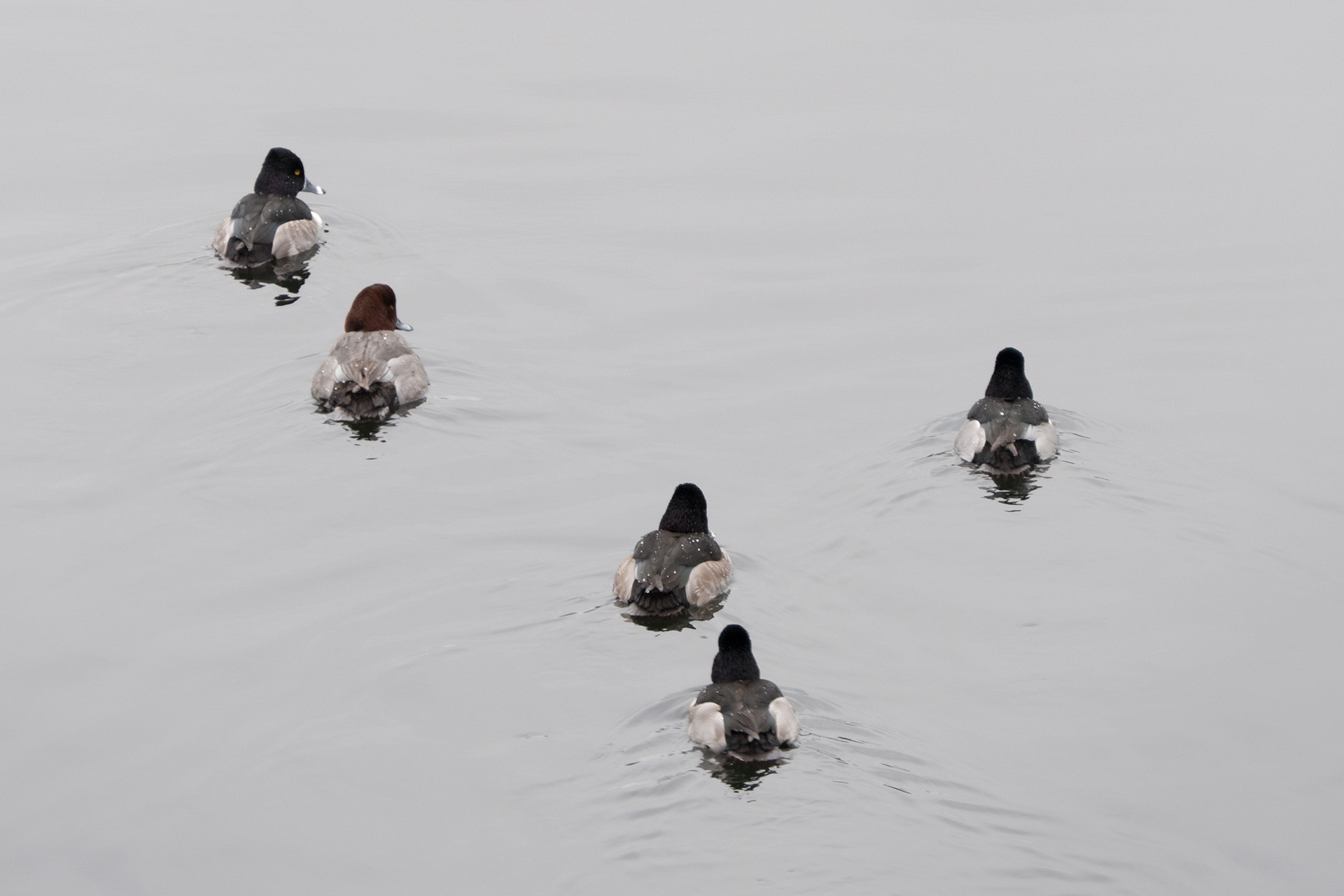 Redhead with Ring-necked Duck by Kevin Slagboom, on Flickr

There are three Redheads at Summit Reservoir here in Victoria this winter. 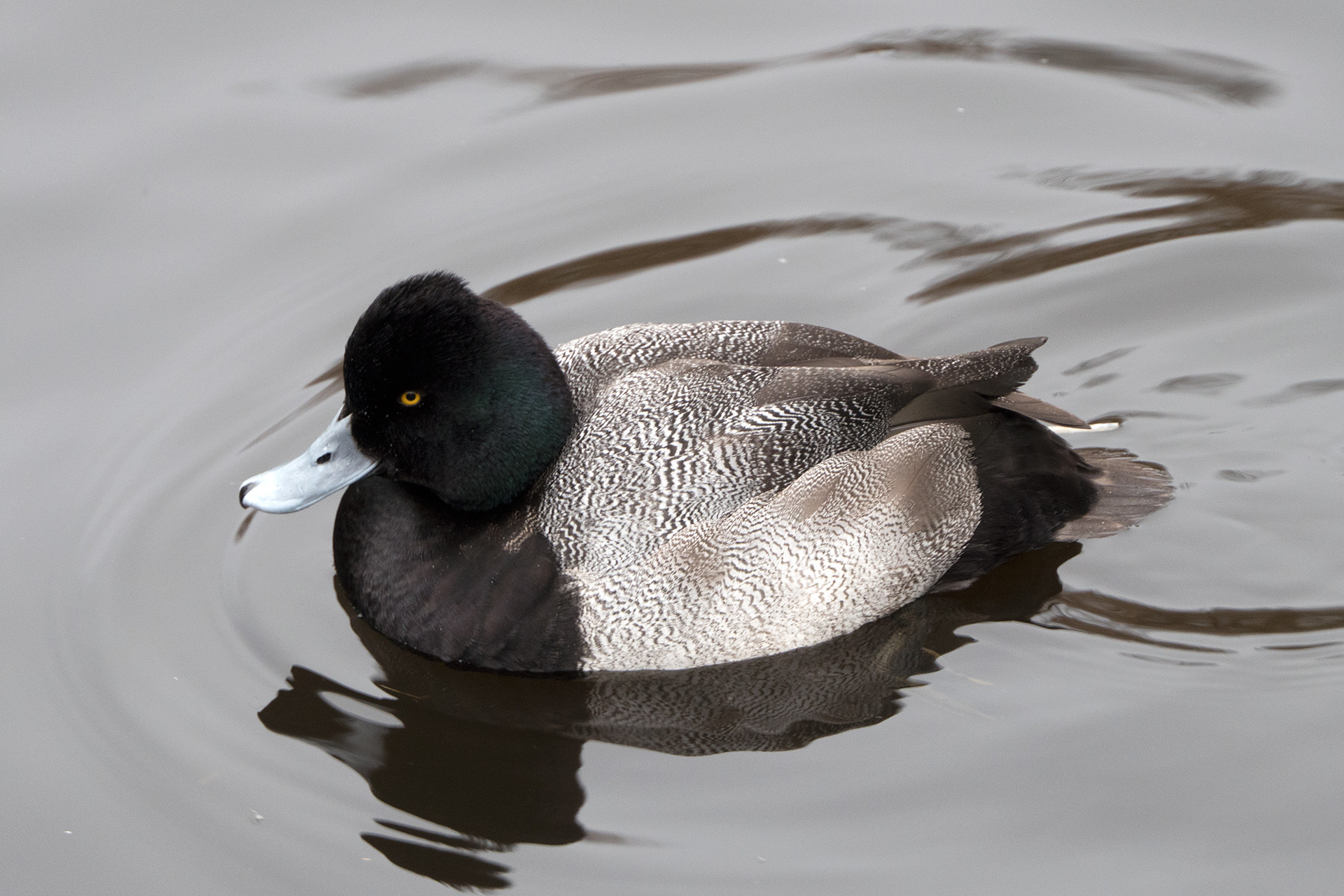 A relatively tame lesser scaup at King's pond. Went to the pond to get a photo of the female rusty blackbird (which did show up) however the blackbird would not stay still so all I have are blurry images of the thing. The scaup is a nice consolation prize.
Kevin Slagboom
Victoria, BC 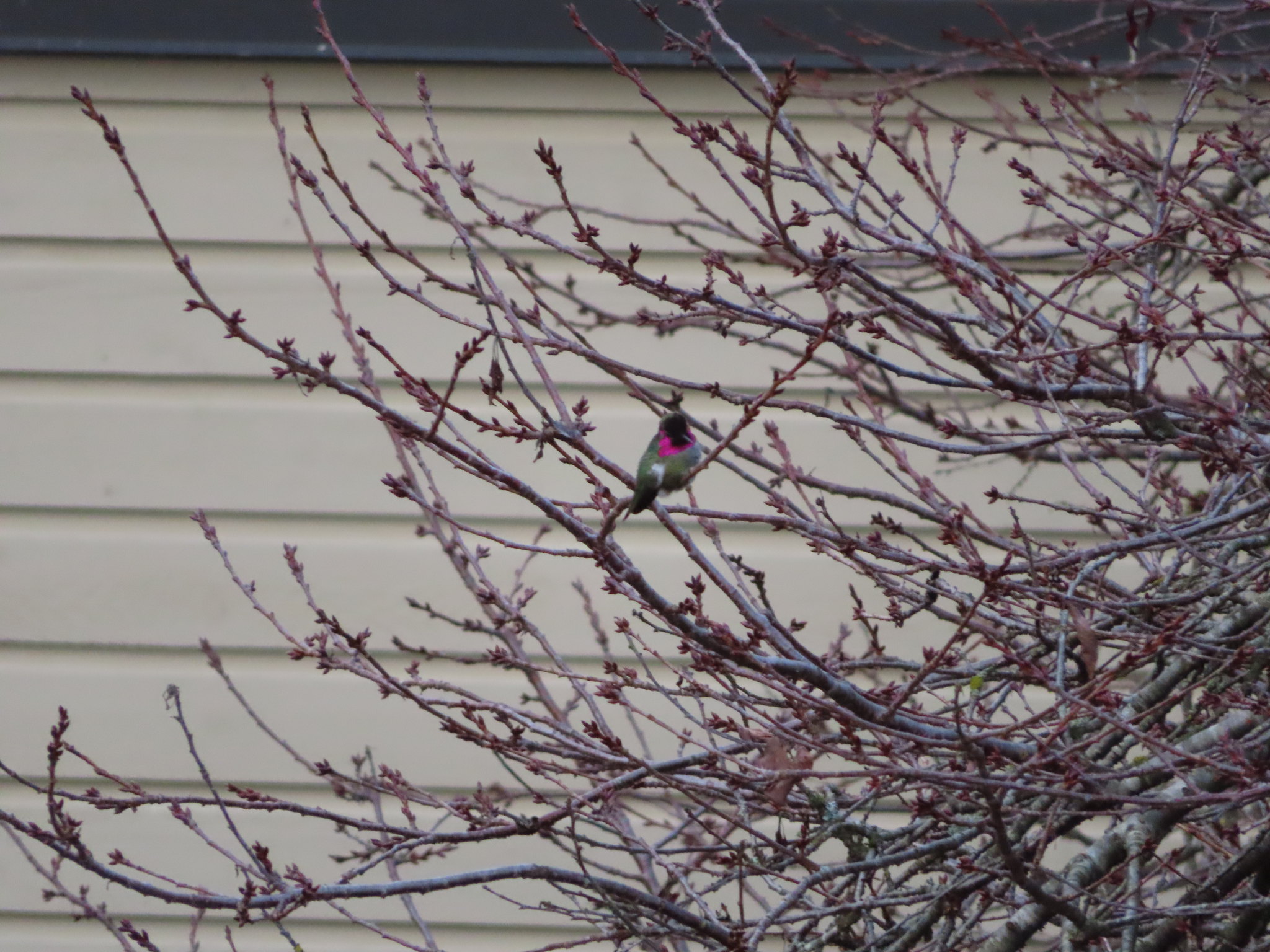 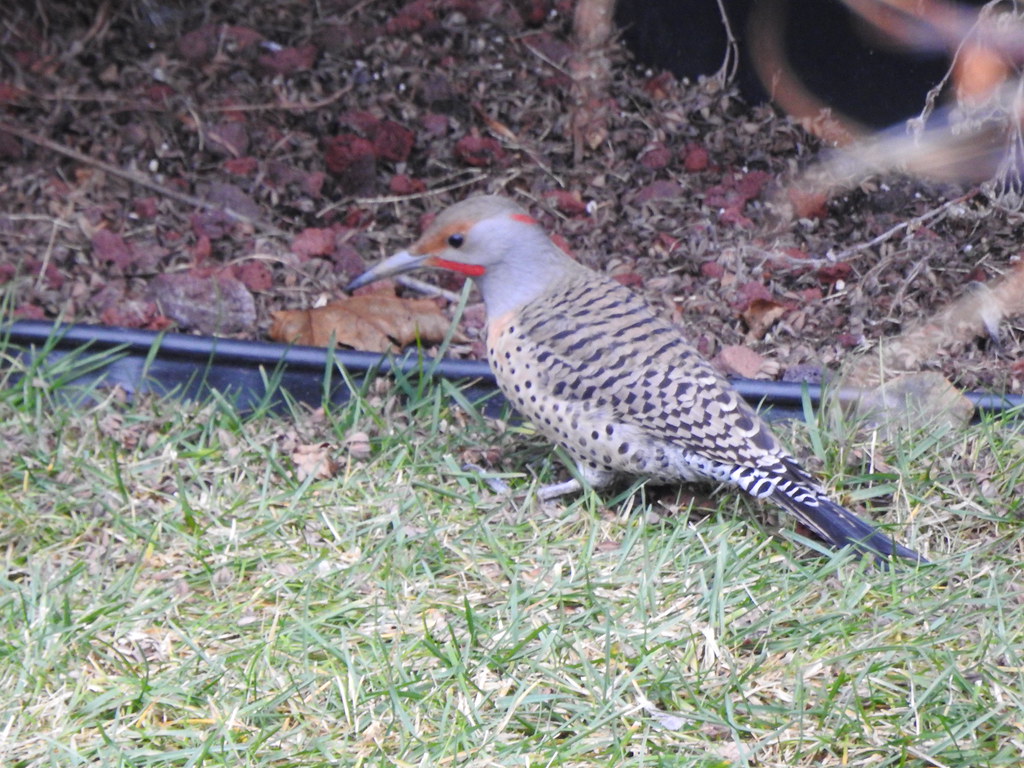