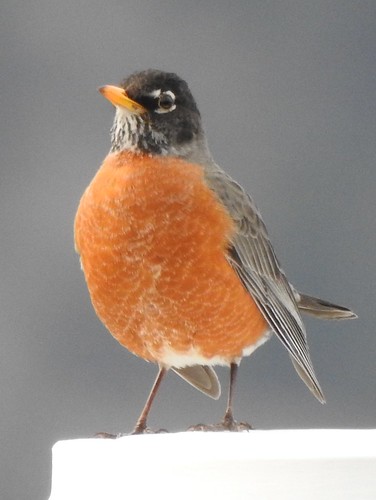 Also, the California Quail like to cruise around my backyard too ... 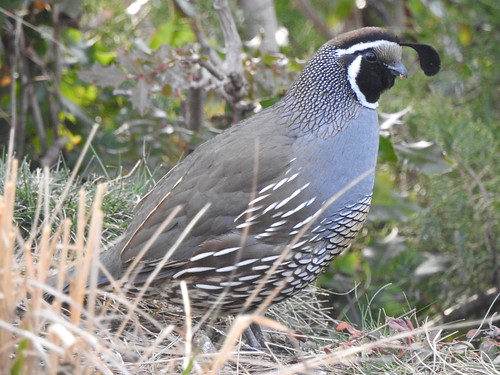 stumblingpiper wrote:Since I haven't been able to go out ... the birds keep coming to me! haha.

I hear you about the birds coming to you James! My patio backs on to a beautiful green space with a creek, lots of trees and a variety of different birds. I was having a coffee out there a while ago (January 17 to be exact) when I saw a weird looking sparrow perched in one of the trees. When I raised my camera and got him in focus I was pleasantly surprised to find an American Tree Sparrow! It's so nice when the birds come to you, especially the relatively rare ones. 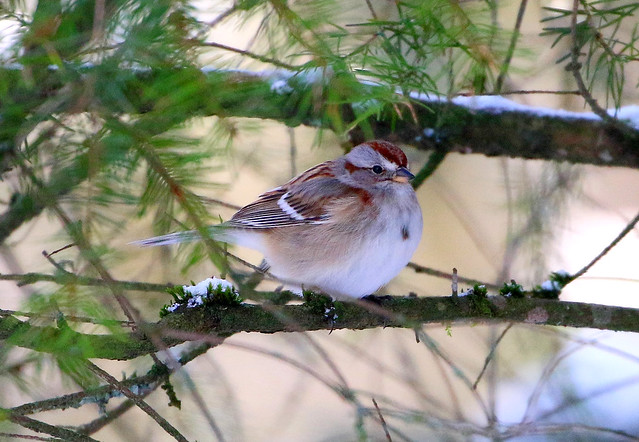 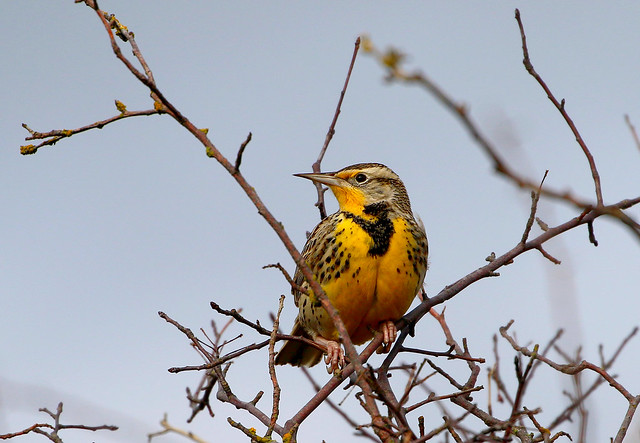 And in keeping with my both sexes in one shot theme: 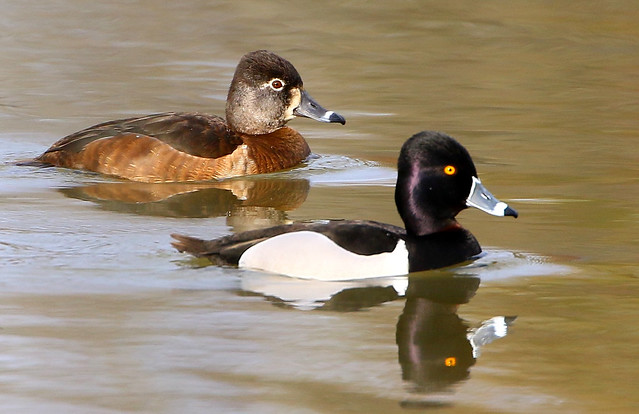 On New Year's Day, I saw this Gyrfalcon in Maple Ridge (lifer!):

When all of this hullabaloo fades away, I'm coming over to the Delta for a little birding ... Oh, and Ian, I'll be down your way again pretty soon ...
James C
Professional Recreationalist

By jewill -  Mar 29 7:43 pm
-  Mar 29 7:43 pm #89432
Nice photos Zach - welcome back! I think we're all trying to avoid the plague, and personally I'm getting just a little antsy with sitting at home so much. I might have to take James' idea and go out in my car but still keep a good social distance from everyone else.

Here's the last of my pics of a pair together - well so far this year. 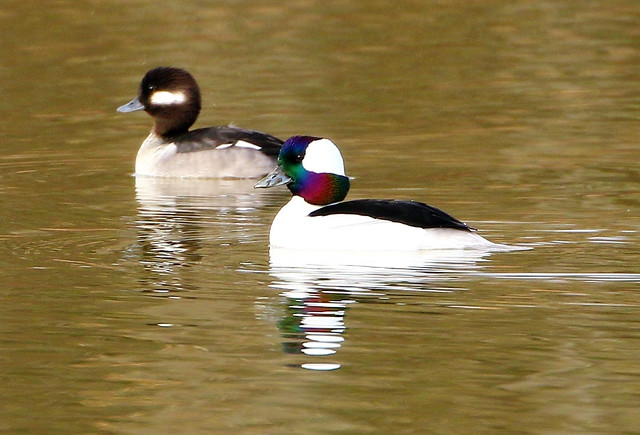 One of the regulars from the greenspace out back. 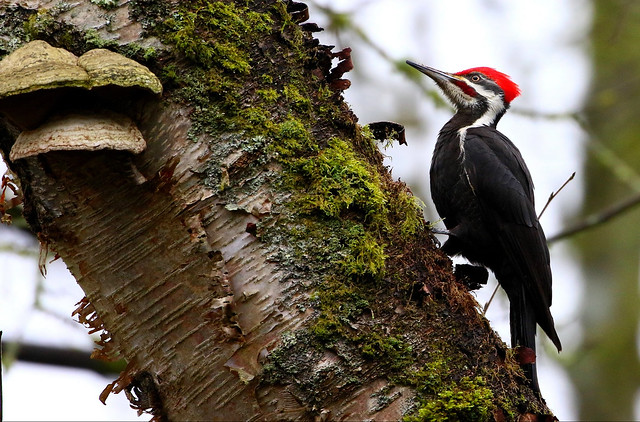 And this guy regularly puts on spectacular hunting displays in the field next to OWL in Delta. His mate is there too, but I can't get a picture of them together (oh, well 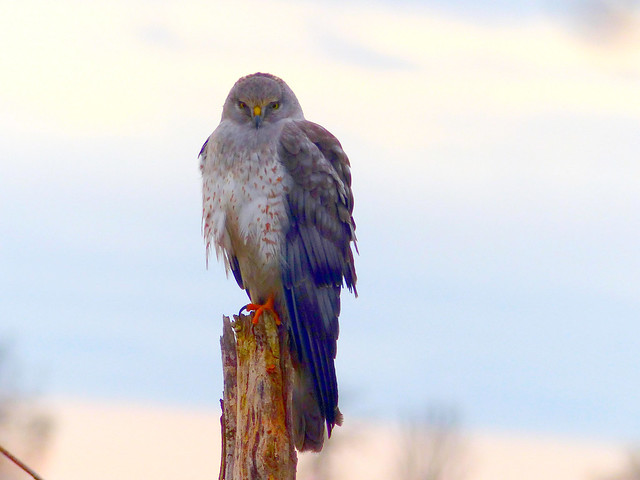 Finally, I hope this is still within the rules - he's definitely not a BC bird, but the picture was taken in BC (Piper Spit at Burnaby Lake Regional Park). I don't think he was included in last year's count which surprises me since he is quite the local celebrity. Anyway, I haven't seen him for quite some time now, actually since this picture was taken in January, so I hope he's just spending time with his girlfriend (a female Wood Duck) and that nothing bad has happened to him. 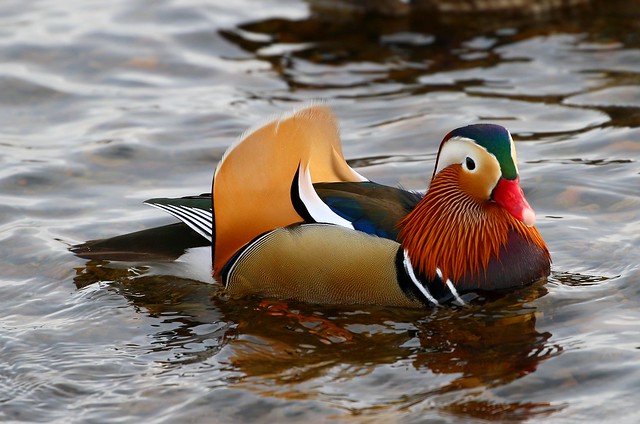 By Steely -  Mar 30 11:38 am
-  Mar 30 11:38 am #89434
Nice to see the sea and coastal birds coming in as the best I can do with these are likely to be coastal birds on a vacation to the sunny interior!
Here are a couple of new pics, although a few are repeats as we get rolling here. There are definitely more different species we have seen here including Osprey and Magpies but haven't managed any good photos yet... 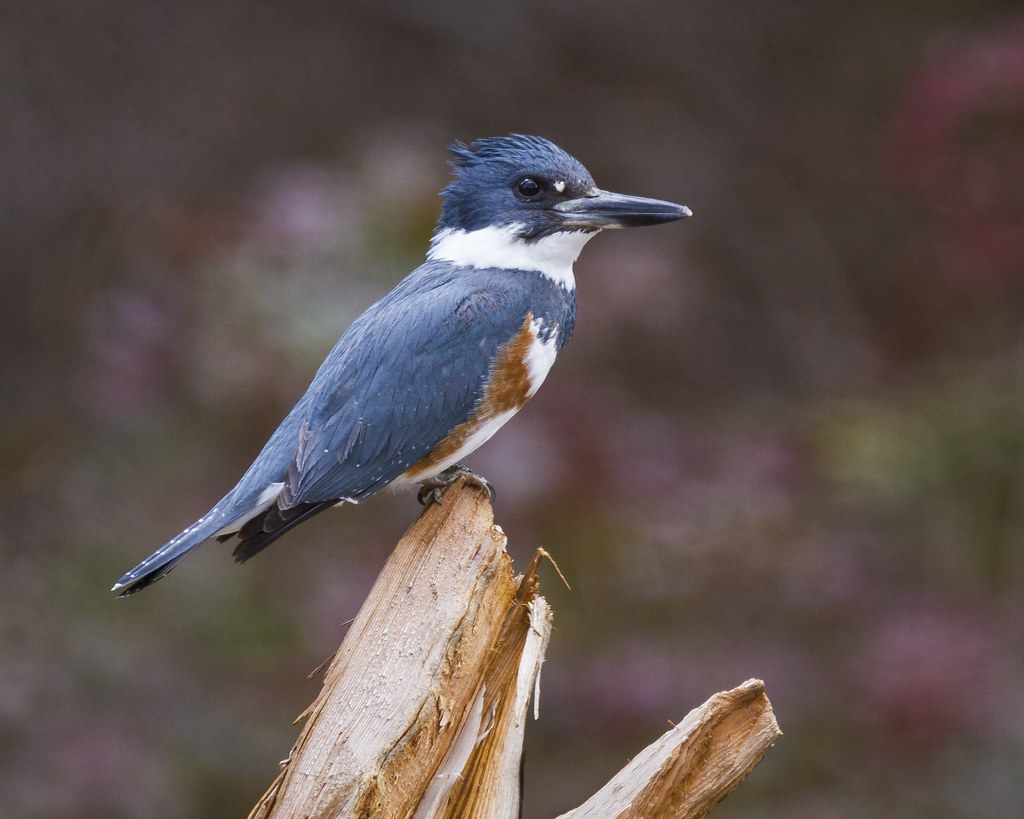 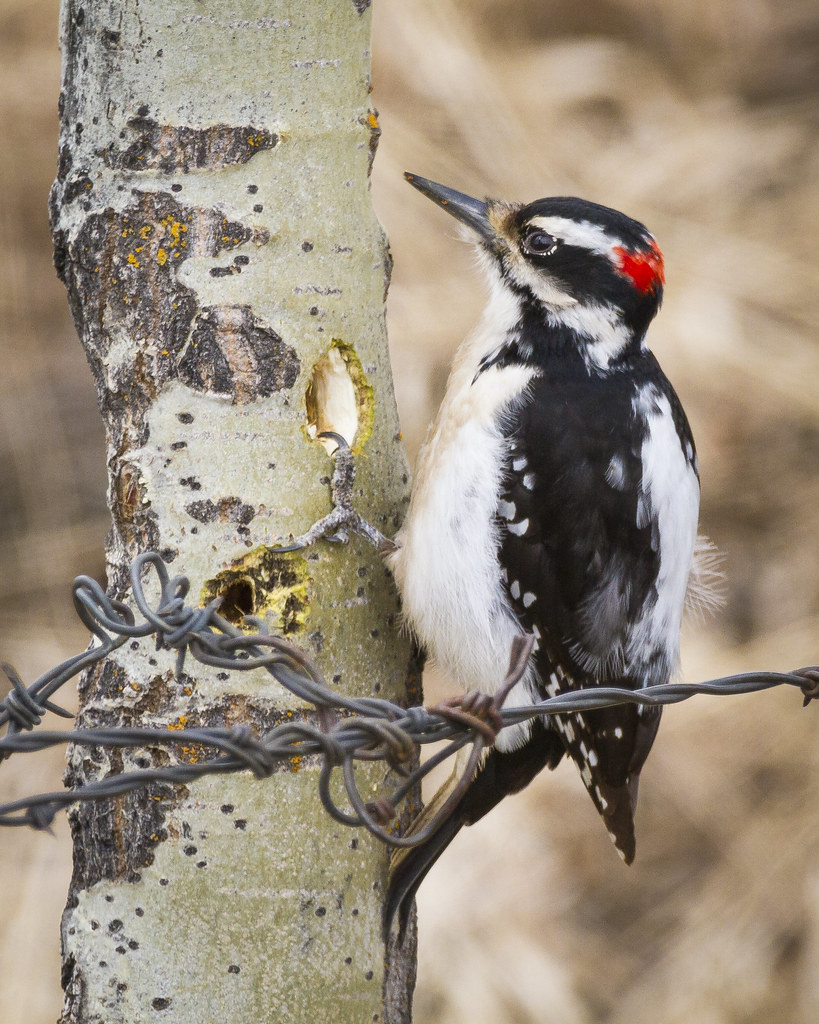 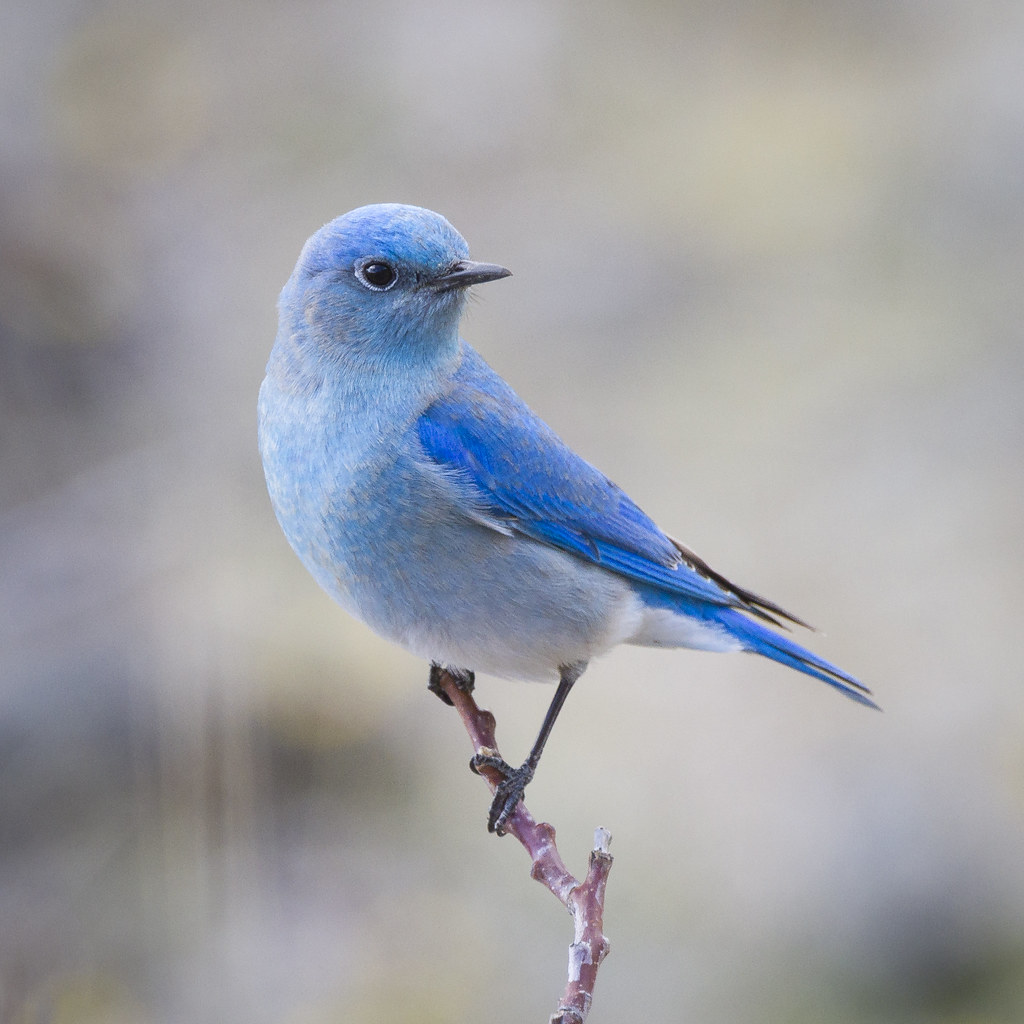 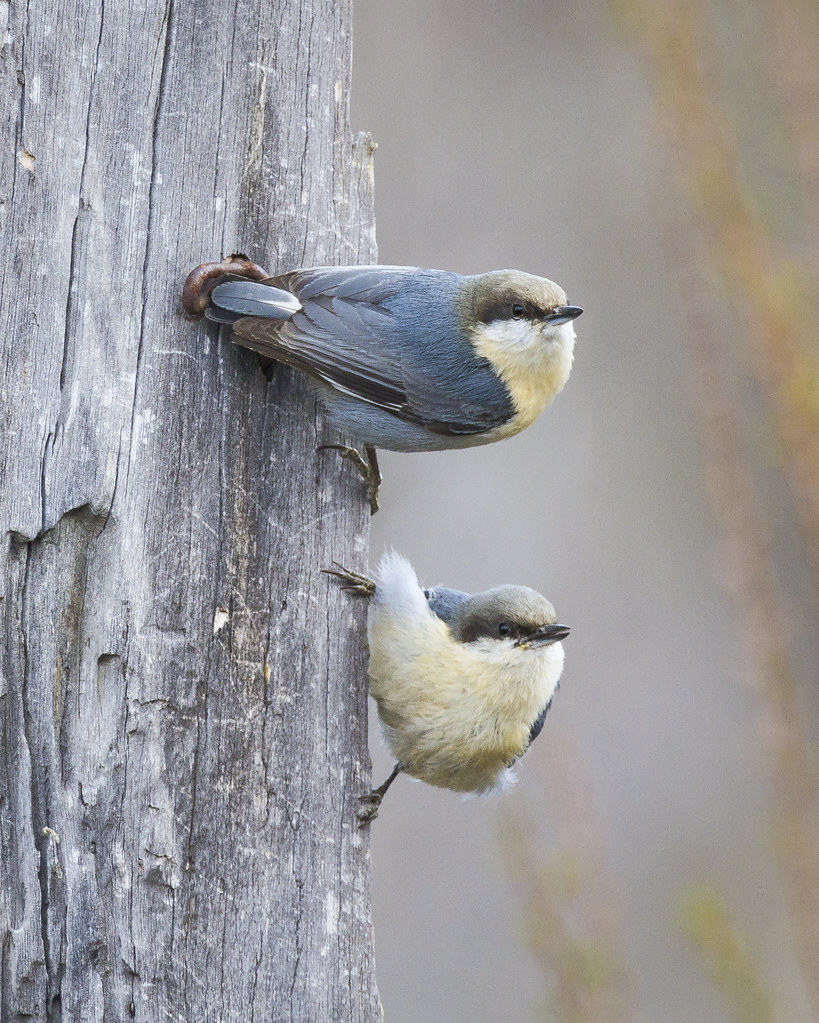 Many thanks! Female and juvenile birds appear to […]

I finally spotted the Black Phoebe off welsh road […]